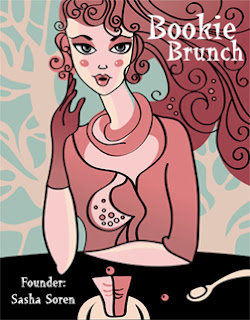 Your host this week:
Pepca at Beyond Strange New Words (@StrangeNewWords)

Her guests this week:
Christina at The Book Addict (@Christina_622)
Jodie at Books for Company (@BooksForCompany)
Sarah at Sarah Says Read (@SarahSaysRead)
Lorren at The Story Girl (Twitter: N/A)

The question under discussion:
(suggested by your host)

People often tackle the issue of characters or plot being unrealistic or not possible in real life. Are you on
the-book-must-be-believable/realistic side or not? Why or why not?

Related topics to consider:
Do you prefer books with fantasy elements or books which stick to the world we know? Do you think it is important that contemporary literature remains true to life or do you welcome deviations from what would normally happen?

This is a tough question because l think it depends on a few things :

1 - My Mood : Sometimes l could literally read anything and it can be quite unrealistic but l still love it and other times any little thing which doesn't seem real can put me off a book. For example, l recently read The Iron King which l enjoyed but l did feel if l would have read it at the wrong time l probably wouldn't have enjoyed it as much or at all. It totally depends!

3 - A Mix - This kinda goes alongside the 'My Mood' category. I like both fantasy and also 'down to earth' books and if l read too much of one then l kinda get bored and fed up of it. I like to mainly read books which have a little bit of fantasy mixed with normal YA but sometimes l can read books where you really have to open up your mind to believe what your reading but l have to be in the right mood for this and not have read too many books like this recently.

Overall l enjoy both sort of books and wouldn't be without them. The world would be rather boring if everything was like how it is now with nothing new from what we know. I like to be able to be taken into a new world where the author has used their imagination. But like l said, l like to limit myself to these sort of books and also read 'normal' books.

Sarah, sipping on a caramel iced cappuccino and enjoying a glazed donut with chocolate icing, says:

I don't think necessarily that books or plots need to be realistic. I love fantasy, sci-fi, and anything with a magical (or paranormal) twist to it. I can accept pretty much anything that happens along those lines because it's instantly explained by "Hey, it's magic." (Although trying to convince people that vampires sparkle is stretching it a little, but who am I to argue with an author's imagination?)

I DO think that characters need to be realistic. There are some books that I've heard such great things about, but I just find the main character to fake to concentrate. Besides the characters needing to be realistic, they need to behave realistically. I can totally accept magical happenings, paranormal creatures, and anything along those fantasy lines. I cannot accept when characters make decisions that I don't think are believable or realistic. A well-fleshed out character has a distinct personality about them - we as readers come to feel that we know a well-written character pretty well. So when they do something that seems to go completely against their nature and is in conflict with what we already know about them, it bugs me. Big time.

All that being said, I completely embrace the fantasy genre, and I welcome deviations from the "real world". It's interesting, imaginative, and there's SO much to explore and create once you've put magic into the equation. Anything can happen, and that's really exciting. Plus, I see a lot of the real world every day - we see it every time we take a walk, watch the news, go to work or school. I think that fantasy lets us imagine things differently - it gets our creative juices flowing, opens our minds to other possibilities, and allows us to escape the real world for a little while.

I think for me, the importance of believability depends on which part of the story we are talking about. I love magical realism, where we are dealing with our present-day world but things behave in a magical or whimsical way. I love a hint of fantasy in a contemporary book. I also have always enjoyed fantasy and science fiction, although I read much less of it than I did in high school. However, if the characters are behaving in a way that is unrealistic, I am bothered, whether it occurs in a more realistic book or a fantasy book. I'm not talking about irrational behavior or quirkiness in a character - I think that might be much more true to life than a "normal" character. What bothers me is when characters don't act human (unless, of course, they aren't human, which is a completely different set of rules) or when events play out in a way that makes the story seem fake. I think this can happen in "realistic" or "fantasy" fiction.


Your host, Pepca, sipping sweet green tea with a splash of milk, says:

I am annoyed when someone complains that they do not like a book because it is not realistic. People, it is called fiction. It is supposed to differ from real life. I have enough reality around me all the time. I read to escape the reality for a while. Therefore, I like new and unexpected things in books. Fantasy and paranormal fiction is among my favourite genres. I am totally for the unrealistic side.

That being said, I do think a book must be believable within its own paradigm. Its setting, plot and characters have to be consistent with one another. The characters and the plot have to correspond to the rules by which the world set in a particular book operates. If trolls turn to stone in the sunlight, then there cannot be any trolls walking around during the day, right? Right.

The same goes for contemporary fiction. I like it when things turn out differently than expected, but they have to be likely to happen. I do not like too farfetched circumstances, such as a poor girl exploited as a mafia prostitute getting away with loads of dirty money, killing a few mobsters, and living happily every after. This kind of outcome is not much plausible. Such impossible contradictions to reality are not to my liking.

On the whole, I enjoy novelties and surprises and discovering new worlds entwined with fantasy and paranormal, provided that they function accordingly to their concept.

You’re invited! Visitors: Please share your thoughts on the topic in the comments section, so they can be included in the discussion. This is an active discussion through Wednesday, so feel free to stop by again later on.

Bookie Brunch is a weekly meet-up, held every Sunday, where book bloggers can have a cup of tea and chat about a particular bookie question of interest. The discussion is open from Sunday through Wednesday, and you’re welcome to drop by any time to add your opinion or read what other people have to say. This discussion is open as well to general readers or bloggers in a different field, authors, publishers and publicists.

Courtesy guidelines: Thank you for coming! All thoughtful comments will be considered and probably get a response from fellow bloggers. In fact, you’re encouraged to talk about it and share viewpoints or include links to relevant materials. We’d like everyone to have a nice time. Differing viewpoints are just fine, even if strongly expressed, but inflammatory or off-topic comments will be removed.

What do you think? Please feel free to join the discussion on this week’s question by commenting below.