The Vampire Diaries as The Lord of the Rings

If you read this blog regularly you know how much I love The Lord of the Rings. You probably also know I am a big fan of The Vampire Diaries. The other day, I was reading this post at The Salvatore Boarding House where Stephanie compared TVD to LoTR :

Stephanie: Do you think if we got wizards to replace the witches it’d make the show 100x better? I mean wizards HAVE to be more competent than witches, right? I mean Gandolf the Grey totally became The White Wizard because he got shit done.
Cin: Stephanie, you keep talking about LoTR’s and I’m going to find you and kiss you. Seriously.
Stephanie: LoTR’s and TVD are pretty similar, right? I mean Stefan is obviously Frodo, Klaus is Golum (but a hot one at that), and that damn necklace is the ring that must be destroyed. I could probably make comparison’s to LoTR’s all day

Presented with this fabulous idea, I could not resist thinking about it and making comparisons on my own.

This is what I've come up with:

SPOILER ALERT: This post from now on contains SPOILERS for both LoTR and TVD – that is, for those of you who haven’t read LoTR and aren’t watching TVD.

Let’s start with the evil of all evils – Sauron. My whole TVD-isation of LoTR is based on who the TVD variety of Sauron is. I’m going with the theory of big bad so far seeming to be Mama Original Witch, also known as Esther, or her spirit.

As the power of Sauron lies in the Ring, Esther’s power lies in her necklace. Hence, the necklace, just as the Ring, must be destroyed. 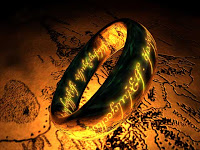 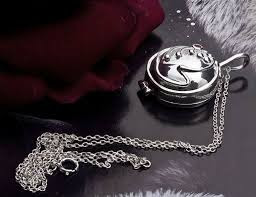 The mission to destroy the Ring falls upon Frodo. Stephanie suggested Stefan as Frodo. However, Frodo inherits the Ring from Bilbo, who stumbles upon the Ring by accident/fate. Now, Stefan acquired the necklace by accident after Rebekah had lost it, so that would pretty much make Stefan Bilbo, not Frodo. But as Stefan doesn’t retire in a home (read: Rivendell) I wouldn’t make him Bilbo. But first, let’s see: who did Stefan give the necklace to (just as Bilbo gave the Ring to Frodo)? Elena. So, I’m going with Elena as Frodo. 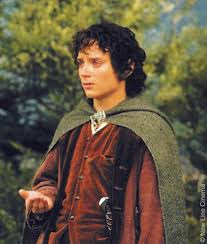 Frodo wouldn’t achieve much without some help from Sam. Elena definitely needs her own Sam. Well, considering that it’s Elena, she could use not one, but two Sams. Who can think of anyone always tailing Elena, getting her out of trouble (and into trouble), I ask you? But of course: the Salvatore brothers. Yep, I've just degraded the Rippah and his crazy, impulsive brother into hobbits. Hey, they should be flattered; Sam is a kick-ass hobbit. Besides, Stefan and Damon could also stand in for Merry and Pippin, who often do something stupid, but save the day in the end.

The Ring/the necklace is connected with two more characters. Sauron gave rings to mortal men who turned evil and became the Nazgûl with their leader, the Witch King of Angmar, also known as the Wraith-King. Esther gave her necklace to Rebekah, who in my opinion will not think twice about siding with mommy even if it meant turning all evil, thus paralleling the Wraith-King.

Next, the Ring was long possessed by Gollum, a not-thoroughly evil creature, who is hated by everybody, rejected by his family, miserably lonely. Reminds you of someone? Someone like a bastard son, for a long time one of his kind, longing for friendship and family, but lacking skills to form true bonds with other people, therefore wrecking havoc and bringing violent death everywhere he goes? Klaus. In the end, Gollum is the crucial factor for the destruction of the ring – led to this by stalking Frodo. I can certainly see a possibility of Elena having to join forces with Klaus to beat the greater evil, which will probably be fatal for Klaus just as it is for Gollum (though, I wouldn’t mind keeping Klaus and his charming villainy around forever). 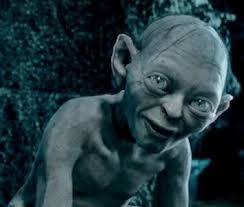 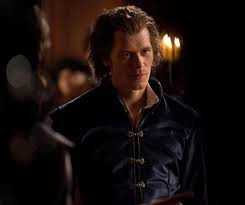 Moving on, we need some more people on the good side. First of all, someone must call the meetings, head the discussions, organise fundraisers and expeditions, make sure the tradition is recorded and properly observed. In short, someone with nothing better to do to but chair the Council. We need Elrond. Who better and more experienced in looking important and giving speeches than….ta-da: Carol Lockwood! 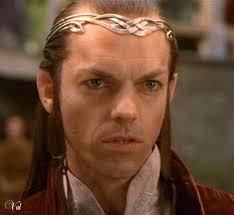 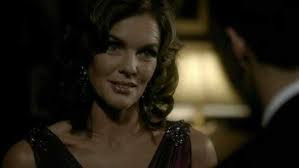 Then, Frodo and his friends need someone who can handle weapons; after all, there are orcs or enemy vampires or, even worse, Klaus’s hybrid army all around. In other words, they need someone as skilful as Legolas. It would be great if he were in good spirits, too. Can you imagine someone like that, whistling away on the road in the morning after having a shot or two of bourbon for breakfast: “…merrily, merrily, merrily, I’m walking through the forest / I’ve got a bow and a quiver full of wooden arrows…Wait! What’s there? Let’s shoot some orcs, I mean vampires, I mean… whatever!” SPROINK! *THUMP* It’s Alaric! Who else?! So, now we know why he doesn’t have to eat (too often), he’s an Elf, a sip of miruvor (the Elvish drink they brew in Rivendell) = bourbon is enough to sustain him. 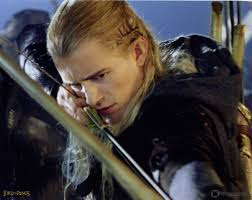 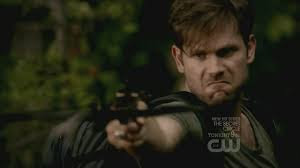 Speaking of someone able of handling weapons, the Wraith-King needs a lesson about underestimating  women. It’s Eówyn who defeats the one whom no living man can kill. I-’m-angrier Caroline would do the job more than well, I believe.

Some TVD characters are rather difficult to associate with LoTR, but I’m making some speculations, anyway.

Jeremy could sort of parallel Gimli and his love for pipe weed and axe wielding (though Jeremy is much nicer to look at).

Then there is Denethor, with his bad parent I-am-disappointed-in-you attitude. Rings a bell? I’m thinking Bill Forbes.

The hundred dead witches might equal the Sleepless Dead, although the latter are much more efficient.

Boromir and Tyler have some things in common, both (subconsciously) doing what they know is bad.

Could Bonnie go all evil, thus becoming like Saruman?

Gandalf is…unparalleled. This is the biggest problem. I don’t think there is anyone in TVD who could equal Gandalf. So, we will have to wait and see if there appears someone worth and capable of Gandalf’s greatness.

Do you think I’ve forgotten someone? For instance, Aragorn? I haven’t. But I had to save the best for the end.

Finally, there has to be someone who possesses great knowledge, someone to guide the hobbits (and all other helpless creatures), someone brave to lead the armies, someone to kindle hope when everyone despairs, and someone moral to rule over the free people of the world in the end. Who would that be? There is only one who can be all that: ELIJAH!

That's it. I had so much fun doing this. So, if you’re familiar with LoTR and TVD, what do you think? Any suggestions?

Disclaimer: I do not own any of the photos used in this post.
Note: I’ve been inspired by posts and comments from all over the place, but especially: The SBH, Vampire-Diaries net, Thomas Galvin’s blog, and Vampire Diaries Online.
Posted by Jo K at 22:07