Guys and Molls: Sing, You Sinners! (and Get Some Goodies) 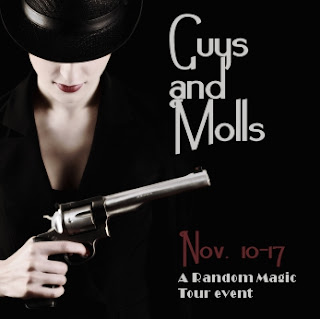 SWEET MUSIC OF THE JAZZ AGE

Sing, you sinners! Or dance. Or both! Just have some fun, as we used to do.

And boy did we know how to have fun during the 1920s and 1930s! Surely, there were Prohibition and the Great Depression, all the more reason to get some distraction and have a good time.

This was The Jazz Age, and there was jazz being played everywhere: in dance halls, roadhouses and speakeasies all over the country. The good would call it the devil’s music in the beginning, but soon everybody would enjoy it.

Now, the kind of jazz that was immensely popular with the majority back then is now called “sweet music” and the music that people consider today as “jazz” was played by minorities and called “hot music” or “race music.”

This was also the era of Broadway’s prime years, opening over 50 new musicals a year. Musical comedies gained their popularity not only through being entertaining, but also for their quality, as the jazz pieces were composed by George Gershwin, Cole Porter, and Vincent Youmans among others.

Paul Whiteman, known as the King of Jazz, was the most popular bandleader in the 1920s. He was the one who commissioned Gershwin’s jazz-influenced Rhapsody in Blue for his orchestra.

This is an abridged version of Rhapsody in Blue, as used in Whiteman’s talking picture called King of Jazz. Click on YouTube description for more information.

One of the most successful singers of the 20th century, Bing Crosby, launched his career being hired for Paul Whiteman’s orchestra. Soon, Crosby’s songs topped bestselling lists.

Out of Nowhere was Crosby’s first number one solo hit:

The main centre of developing “hot jazz” was our good old Chicago, and the leading force of the genre was King Oliver whose songs are still regularly played, for example Sweet like This.

You can find more information about King Oliver here.

King Oliver was a mentor to Louis Armstrong, whom he greatly influenced. He was the composer of one of Armstrong’s most famous recordings, West End Blues:

Louis Armstrong’s band Hot Five popularised scant singing, that is: improvised singing with wordless vocables, nonsense syllables or without words at all, which means singers sing improvised melodies and rhythms, creating the equivalent of an instrumental solo with their voice. The greatest scant singer in jazz history is considered to be Ella Fitzgerald, who was highly influenced by The Boswell Sisters, especially Connee Boswell, immensely popular during the 1930s via recordings and radio. Their #1 hit was The Object of My Affection (find more on The Boswell Sisters in the description here):

The genre which had a great impact on jazz prior and during the 1920s and 1930s was blues. The most famous female blues singer and one of the best singers of her era was Bessie Smith.

In 1930s, Bessie Smith changed her style into something fitting the swing era. Swing evolved from jazz and became a trendy new distinctive style in the second half of the 1930s. some of the most prominent big band leaders were Harry James, Benny Goodman, and the Dorsey Brothers, who often helped launch the careers of vocalists who later became famous as solo artists.

One of the most popular songs of the time was Stardust, recorded by anyone from Louis Armstrong and Glenn Miller to our very own (allegedly) Frank Sinatra.

Let me conclude with Sinatra’s recording of Stardust with Harry James and his orchestra.

This Guys and Molls feature has been brought to you by Miss Melody aka Melody Mistress of the Beyond Strange New Words syndicate. 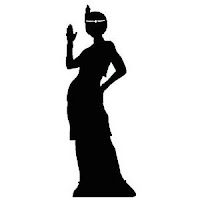 WIN this hilarious deck of flashcards, and you'll have fun learning how to sling some lingo.

About: Get a line on this racket: flashcards feature famous one-liners
and slang from 1930s gangster classics. Dish out some gangster speak
and your pals and enemies will think you were made
for the silver screen. 30 movie flashcards, boxed.
Preview: Check out the deck

WIN this great multi-title DVD, which includes four of the best

gangster movies that were ever made. Host your own 1930s mobster movie
marathon!
About: There are four vintage films included on this DVD.

The Public Enemy (1931) - A taut, realistic time capsule of the Prohibition Era, showcasing James Cagney's powerhouse breakthrough as a streetwise tough guy who rises high in the bootleg racket. The Roaring Twenties (1939) - Screen legends Humphrey Bogart and Ida Lupino star in this soulful study of a gangster whose hard-boiled persona finds itself at war with his compassionate side - a side that will ultimately be his downfall. Little Caesar (1930) - Loosely based on the life of real-life Prohibition-era mobster, the infamous Al Capone. Edward G. Robinson rocketed to stardom as a pugnacious hoodlum who murderously rises to the top ranks of the underworld. Smart Money (1931) - In their only screen teaming, Little Caesar's Edward G. Robinson leads the way and The Public Enemy's James Cagney rides shotgun in this brisk tale of barbers who go from cutting hair to cutting in on the gambling racket. (Source: Amazon product description)


HOW TO PLAY - there are four steps, but they're all fun and easy to do:

1. Leave a comment on this post, giving your take on this question: What was your favorite music track of the era and why? Feel free to sign it with your own mobster nickname or syndicate, or Twitter name.

Note: Please remember to include email address in entry form so you can be contacted if you win.
Additional info: International. DVD is region 1/NTSC but should play on multi-region player.
Winner will be selected at random using random.org.
Ends December 15, 2011, midnight, EST.

ENTER TO WIN:
Please enter using Rafflecopter widget above, which makes it simple and easy to keep track of your entries. Have fun and good luck!