Revolution as The Lord of the Rings

SPOILER ALERT: This post contains SPOILERS for both Revolution and The Lord of the Rings. And if you haven’t yet, go and watch/read those.

Have I mentioned Revolution is my (not-so-new) TV obsession? The show itself makes a couple of blatant references to The Lord of the Rings, namely with the pendant(s) and the latest mention of the Tower. Additionally, Eric Kripke (creator) specifically mentioned in one of the interviews that Revolution is supposed to be a LOTR-like quest to defeat the evil guys.

You know my love for LOTR. No wonder my thoughts got out of control once I started thinking about it, so here it is – a full-on (but only half-serious) Revolution/LOTR comparison (take it as seriously or as jokingly as you like).

I mentioned the pendant(s), right? Aka the One Ring/the rings of power (pun full intended)? This is a clearly Monroe = Boromir parallel, which is logical, since Monroe intends to use the power for the benefit of The Monroe Republic, as Boromir under the Ring’s evil influence wants to use it for the benefit of Gondor. I hope Monroe doesn’t meet an equally bitter end as Boromir, though. Besides, I have another parallel in mind for Monroe, but I’ll get there in a while.

The aforementioned Tower could be Barad-dûr or Mount Doom. Since it appears to be the source of the blackout and also the place where they can turn the power back on, I would go for Mount Doom, as the One Ring (i.e. the source of Sauron’s power) is made and destroyed in it.

Now, Charlie, being the main protagonist, is obviously Frodo. Though, I don’t know who the Revolution version of Sam would be. It could have been Danny, but that is no longer an option, unfortunately. 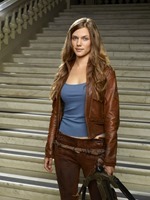 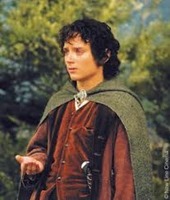 This would make Miles parallel to Aragorn. I am not going to comment on that. Miles is Aragorn. A twisted, morally grey Aragorn, with a dark past. But he knows how to make things happen. And he is good at killing (as is Aragorn, isn’t he?). And he always finds a solution (even if it’s not the best one). So, end of discussion. 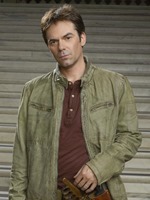 The show writers want to convince us the bad guys are Monroe and Randall. I agree with Randall being evil, maybe even the big bad, since he had everything to do with the blackout, which would make him Sauron. His recent alliance with Monroe suggests the latter as Saruman, with his obsession for power and weapons, and the Militia could be Orcs. however, I don’t like it. It may be logical and the writers obviously think we should see Monroe as a a big bad villain, but I refuse to accept it. I view Monroe more in the role of Théoden – that is the Théoden poisoned by Wormtongue’s influence before Gandalf opens his eyes and heals him. I can’t think of the Revolution versions of Gandalf and Wormtougue, but I think the person who could bring Monroe back to the good side would be Miles, thus also doubling for Gandalf in this case (once he gets over his resentment and guilt which he projects on Monroe). Again, I hope Monroe's ending will be better than Théoden's

Viewing Monroe as Théoden brings us to Jeremy as Eómer and the Militia as the Rohirrim. The rebels could be the men of Dunland, otherwise I have no idea what to do with them.

Naturally, Nora is  Eówyn, being a fierce fighter and having a (what seems unrequited) crush on Miles. This brings up a comparison of Rachel to Arwen which I don’t even want to think about. However, Rachel, especially when siding with the rebels, could be seen as Saruman (and the rebels his Orc army). It would make sense in terms of fighting for power against Randall and his people. Oh, look, I solved the problem where to put the rebels.

Let me conclude with some minor, more superficial guesses who could be who. For example, Strausser could be compared to the Wraith-King, especially considering his (not really untimely) end.

Julia might be a dark Galadriel. Because that lady knows things.

Tom would be Denethor, protecting the Republic/Gondor while potentially wanting to usurp/usurping the throne. Hence, Jason, a disobedient son, can be Faramir. Hey, this even makes my Nora/Jason (crack)ship work out in LOTR version, lol.

These are all the parallels I could come up with. It was fun for me, and, hopefully, for you as well.

If you’re familiar with Revolution and LOTR, what do you think? Agree? Disagree? Any alternative or additional suggestions? Feel free to share your thoughts in the comments.

Disclaimer: I do not own any of the photos/gifs used in this post.